Notice: WP_Scripts::localize was called incorrectly. The $l10n parameter must be an array. To pass arbitrary data to scripts, use the wp_add_inline_script() function instead. Please see Debugging in WordPress for more information. (This message was added in version 5.7.0.) in /var/www/wp-includes/functions.php on line 5775

IDBI Bank described that it has strategized to be one of a kind.

In such a way LIC and IDBI Bank will analyze the full potential of business synergies. 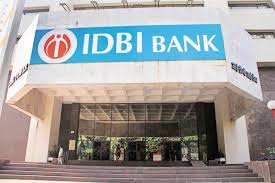 On March 10, IDBI Bank described that it has strategized to be one of a kind. It has decided that the banking and insurance sector will be working under a single platform.

The only leading state–owned insurer LIC now holds a significant position in IDBI Bank. The change from a government-owned to LIC owned has led to the lender to become an entity, a Private sector.

The bank asserted that these initiatives would clear the way for new and improved operations and will have better finance that will lead to maximization of wealth for stakeholders, LIC and government.

In such a way LIC and IDBI Bank will analyze the full potential of business synergies. 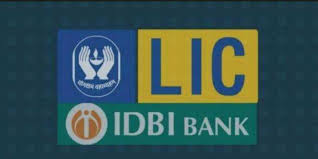 The major areas identified are about the selling of LIC policies through IDBI branches, management of cash and other premium receipts of LIC, enabling the technology for digital solutions to both the policyholders of LIC as well as IDBI customers.

The new board has two directors (a professor from Indian School of Business and a retired Executive Director of Reserve Bank Of India).

The bank has appointed two deputy Managing Director for the bank via open competition from the market. The bank said, it has a common investment strategy, the use of resources for example real estate, commercial space, and residential space, etc.

The bank recorded noticeable improvements in CASA ratio to 38 percent as on December 31, 2018. A joint task force is constituted and is led by the senior Management of IDBI Bank and LIC, to chart out the future pathway.

What Percentage of Companies In EU Allow Employees In Their Decision-making Process? Check Full Details Here

How Many BLUE FLAG Beaches Are There In India? Check The List Here

EU Citizens Report LOW LEVEL of TRUST In Their National Governments, According To Study

Want To Know How Many BLUE FLAG Beaches Are There In India? Check The List Here

Is There Any Relation Between Hiccups and Brain Growth? Scientists Say YES

What Percentage of Companies In EU Allow Employees In Their Decision-making...

More European Citizens Trust In EU Than National Governments, According To...

How Many BLUE FLAG Beaches Are There In India? Check The...

Here’s The Percentage of Companies In EU That Allow Employees In...