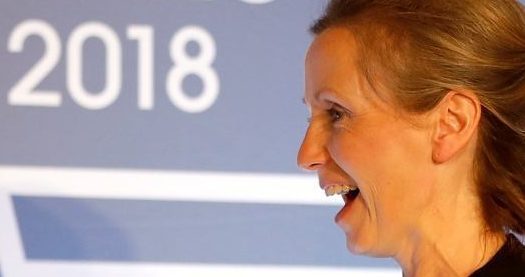 Anna Burns has emerged as the first Northern Irish author to win the 2018 Man Booker Prize for her novel called ‘Milkman’.

Anna Burns has become the first Northern Irish author to win the 2018 Man Booker Prize for her novel called ‘Milkman‘, which is her third full-length novel. She earned the £50,000 award.

The book is about 18-year-old young women, known as “middle sister”, who is sexually harassed by an older powerful man, called the “milkman”.

Reacting to the content of the book, the judging panel chairman said, “none of us has ever read anything like this before.”

After the ceremony, Graywolf Press announced that it will publish “Milkman” in the United States on December 11, 2018.

Burns’ very first book, ‘No Bones’ won the 2001 Winifred Holtby Memorial Prize presented by the Royal Society of Literature for the Best regional novel of the year in the United Kingdom and Ireland.

Her second book, Little Constructions, was published in 2007 and the novel is a darkly comic and ironic tale centered on a woman from a tightly-knit family of criminals on a mission of retribution.

How Much of Cotton India Produced In Last 3 Years? – Learn About Figures Here!

How Much Money Tesla Has Raised From Chinese Banks For Its 1st Factory Outside U.S? Get Details Here

How Much of Revenue India Gets From Railway Passenger Service? – Find The Figures Here!

Why Water Availability In India Is Decreasing?

Which State In India Has The Highest Number Of Sexual Assaults Against Children?

How Much of Turnover India Generated Through Vehicle Sales? Get The Numbers Here!

How Much of Cotton India Produced In Last 3 Years? –...

How Many Indians Are Living In Brazil and How Many Brazilians...

How Much Money Tesla Has Raised From Chinese Banks For Its...

Here’s How Much Elon Musk’s Tesla Has Added To Its Market Cap In Recent...

What’s The Unemployment Rate In The EU? Get The Latest Info Here